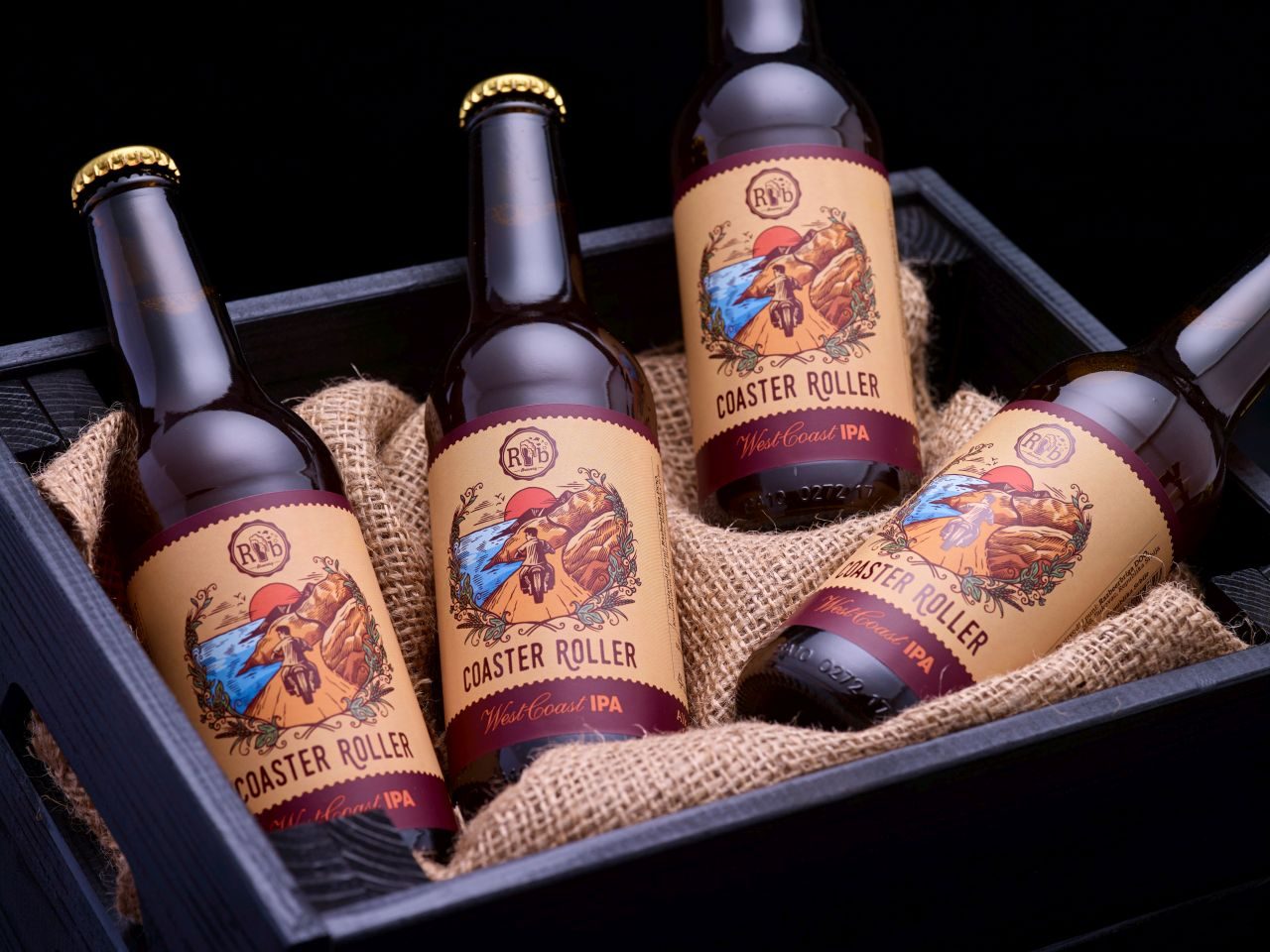 For this weeks’ blog, we’ll take a look at the last of our standard beers, Coaster Roller, Razbeerbriga’s IPA, meaning India Pale Ale. But since this style is more or less considered THE STYLE that has defined the modern craft beer revolution, it’s more worth looking into the origin and evolution of this type of style as a whole.  Interestingly, when one starts to examine the story of where and when the IPA was born, it’s a bit difficult to separate fact from faction, history from myth.

Still, what seems to be the most truthful account goes something like this… At the height of its empire, Britain had emigrants, sailors, and troops all around the world—with India being one of its foremost colonies. All demanded beer, but India itself was too warm for brewing, while the voyage to India would often render easily perishable beers undrinkable. George Hodgson, a London brewer in the late 1700s, used his connections to the East India Company to dominate the export market to the colony. Among other beers, Hodgson exported a strong pale ale. It was likely brewed with extra additions of hops and at higher alcohol levels, both of which acted as preservatives. Instead of being ruined like many other beers, the long voyage transformed the beer into a wonderful drink. 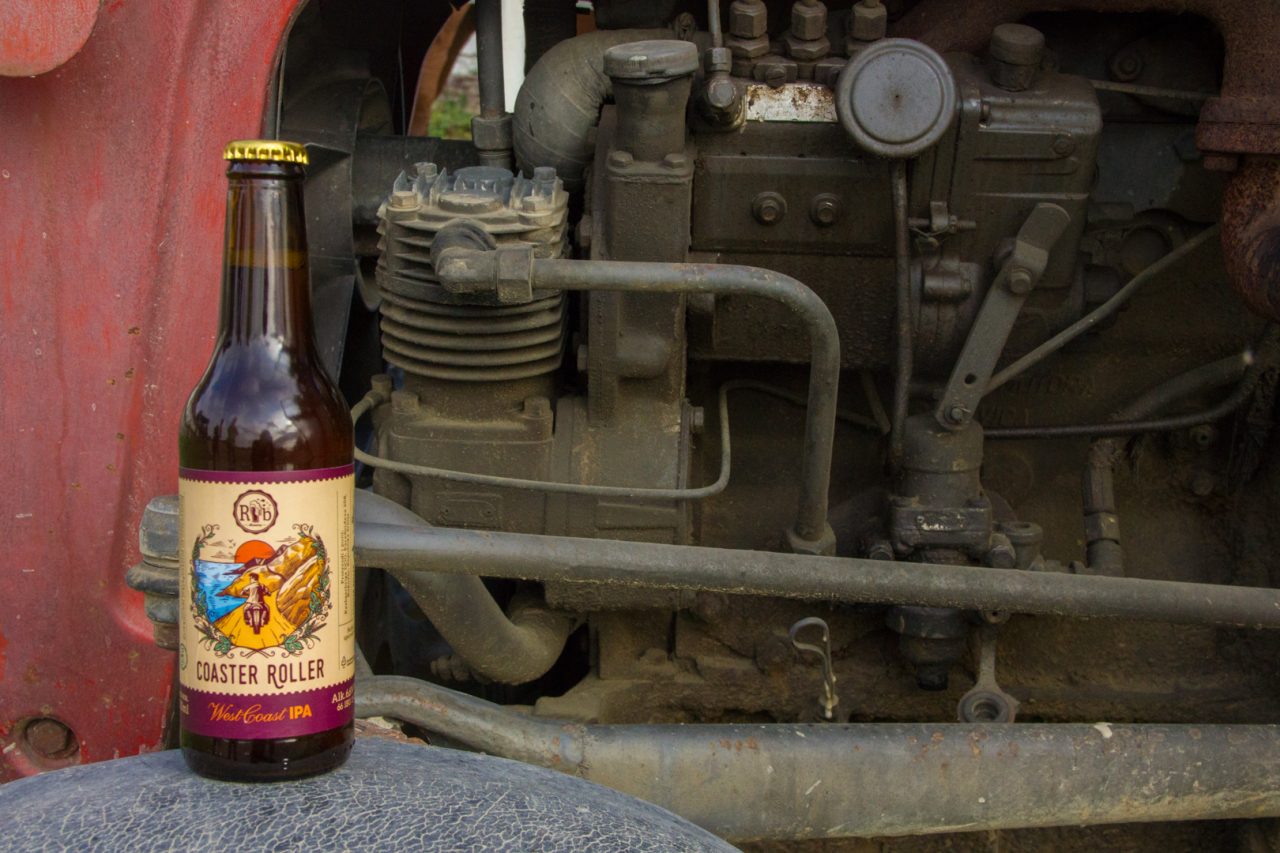 As the story goes, Hodgson overreached, and brewers of Burton-on-Trent, the location famous for being the birthplace of the pale ale style as we mentioned a few weeks back, entered the market. Their pale ale coming from the Trent valley tasted far better than London brews, because its hard water produced a brighter ale—one with a pleasant and refreshing hop character. Others followed. They soon displaced London beers to become the preferred export to English colonies, as well as popular at home, and came to be called India pale ale, or IPA. Soon after this series of events, however, the modern light lagers were born and throughout the latter half of the 19th century and into the 20th, light lager infringed on pale ale’s rightful place in English pubs – and even more so abroad. So much so that little by little the style was disappearing and after prohibition in America and price changes back in the UK, the style found itself on the verge of “extinction.”

However, good for all of us beer lovers, the style was to be resurrected – this time along west coast of America. After beer laws changed in the late 70’s in America, microbreweries cropped up and long-forgotten ale styles began to reappear. The use of American ingredients, especially hops, were an eye-opener to those who tasted these beers for the first time. Most critical was the incorporation of Cascade hops, the first type of hop to deliver the flavors and aromas of citrus and pine that beer aficionados now know so well.  In 1975, Anchor Brewery released what is now known as Liberty Ale, using plentiful amounts of these hops and the first modern American IPA was born. Over the next decade or so, IPAs grew in popularity until they became the best-selling craft style. Nearly every brewery made one. After years of drinking mostly bland lagers, it seemed that American beer lovers could not get enough hops. Enthusiasm for aromatic, strong IPAs rolled unfettered through the 1980s and into the ‘90s and beyond… So that eventually, the style and the craft beer revolution itself re-crossed the Atlantic back to Britain, over to mainland Europe, and finally swept into Serbia… which brings us back to Coaster Roller. 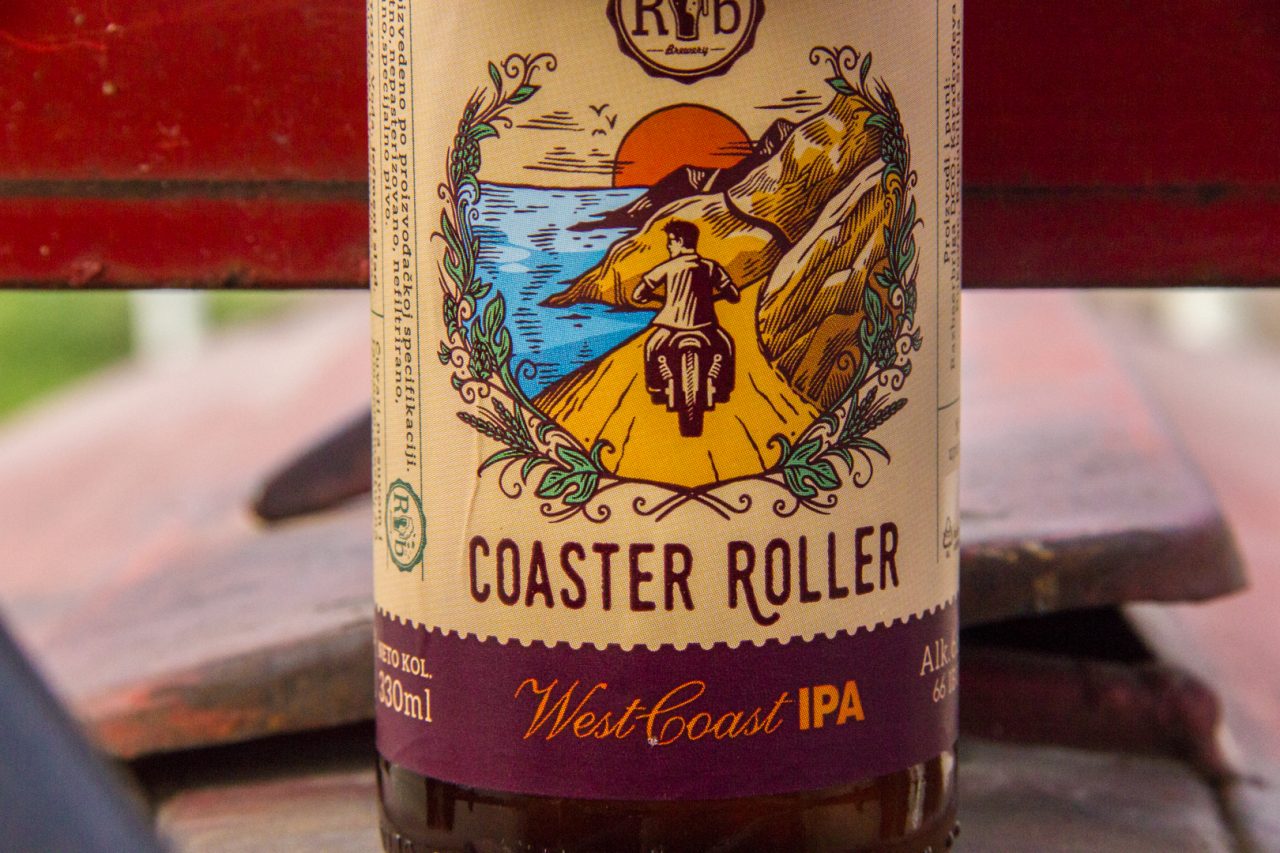 Now, we’ve called Coaster Roller a West Coast IPA. This is because in the modern lexicon of beer, with the IPA style branching into various sub branches, when one says IPA, the next question is which kind? East coast IPA? Classic British IPA? Belgian IPA? Perhaps a New England IPA, the most recent sub-style in vogue? All of these are wonderful styles, some more malty, some more earthy, and some ridiculously fruity and tropical, but to our tastes, nothing is truly as beautiful as that refreshing wave of lemon and orange notes, layered with hints of earthy pine, structured with a nuanced touch of caramel malt, and finished with an aggressively dry and bitter kick – those characteristics that define a west coast IPA. And so with Coaster Roller we honor the brilliant resurgence of one the world’s great beer styles and know that every time we raise a glass to our lips, we are also raising a glass back to the style’s roots and those who saved this remarkable style from an untimely end so that our beer adventures may roll on… In that spirit, we’ll be enjoying every such journey and hope you’ll be as well, and until next time, Cheers and Živeli!