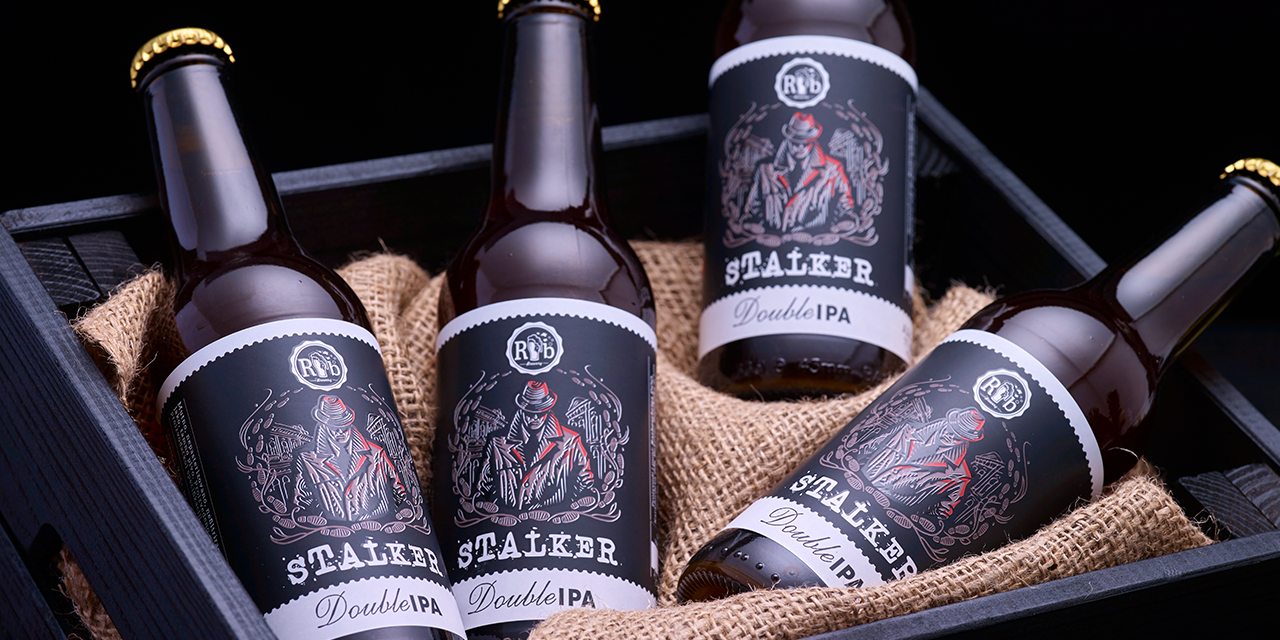 Now, with only a small line-up of four beers, it might seem odd to have a double IPA in the mix. And to start a craft brewery with four beers and leave out the style that most defines the modern craft beer revolution – IPA – might seem a little bit crazy. (Of course, we’ve rectified this now with our IPA Coaster Roller, but that is for another day). And yes, there is indeed a certain amount of crazy here at Razbeerbriga… but we see this as a good thing.  I mean, heck, we opened up a microbrewery when such a business was pretty much unheard of in these parts, and very few people knew what a “craft beer” was, let alone an IPA, or a double IPA! So, why go this direction? 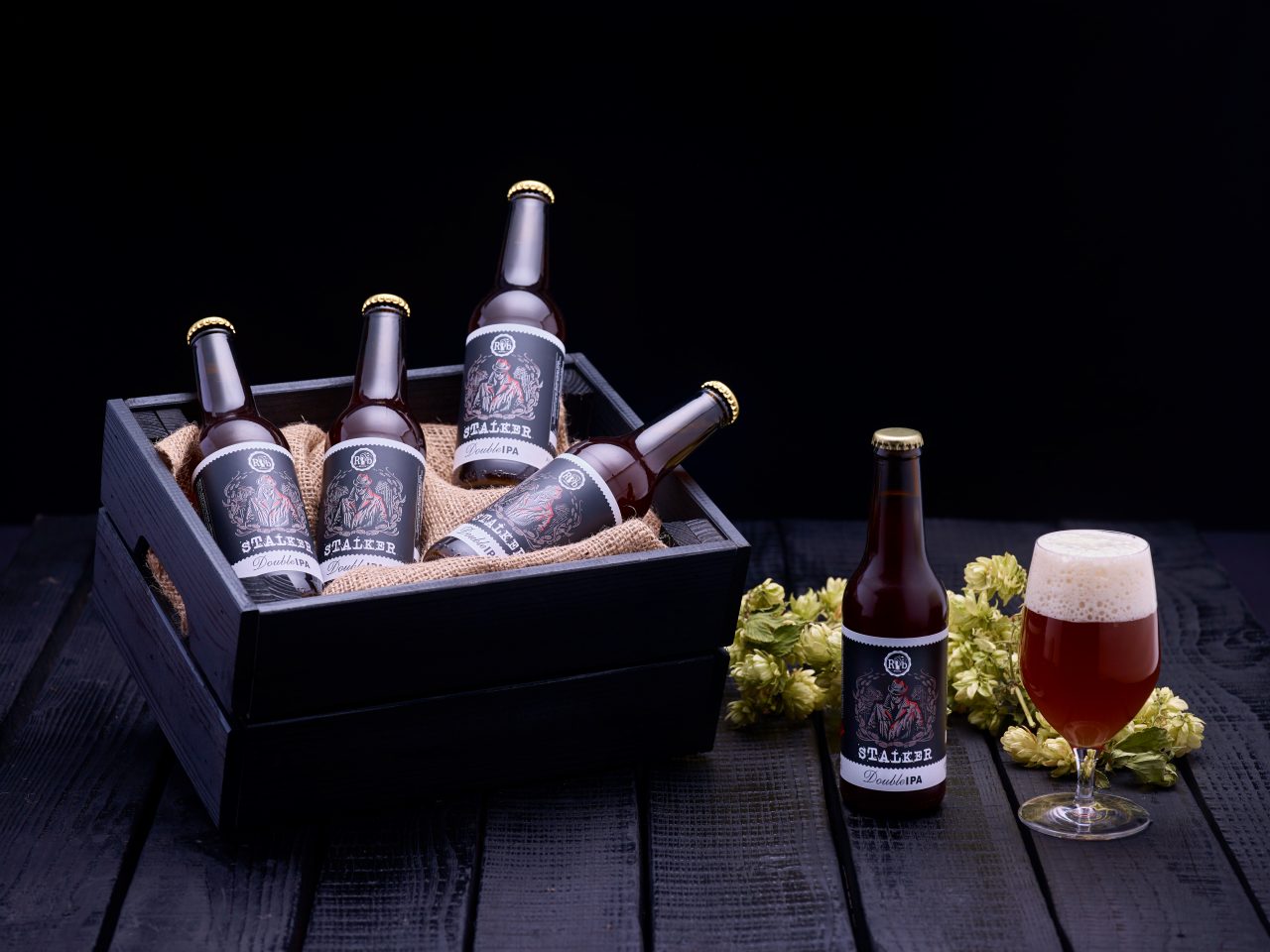 Well, as I’ve mentioned before, part of the inspiration behind making craft beers in the first place is “to buck the trend.” And if you’re already bucking the trend once, then why not take it a step further? Skip the IPA and go right to making a double IPA? That’s pretty much what we had in mind with Stalker since the beginning – an outsider’s outsider. And it’s why the beer is named what it is.

And this beer had to be a powerful, intense, exotic, unforgettable beer from the first whiff to the last sip – one that would stick with you for long after, its intoxicating interplay of flavors, aromas, and crisp bitterness gripping you and not letting go… you know… like a stalker. But one that you’d want to stalk as well. This is why the recipe has been crafted to produce a beer that would be both remarkably pungent, yet almost dangerously drinkable.

Of course, when crafting a double IPA, the first focus has to be the HOPS. And Stalker is loaded with them. But instead of just going the easy route and using only tried and true varietals from America like cascade or chinook, we wanted to offer something a bit more unique. This is why in addition to the American varieties of citra and centennial, which offer the prototypical IPA flavors of bright citrus and orange blossom, we also went with a then new variety, a high alpha monster out of Germany: Polaris. 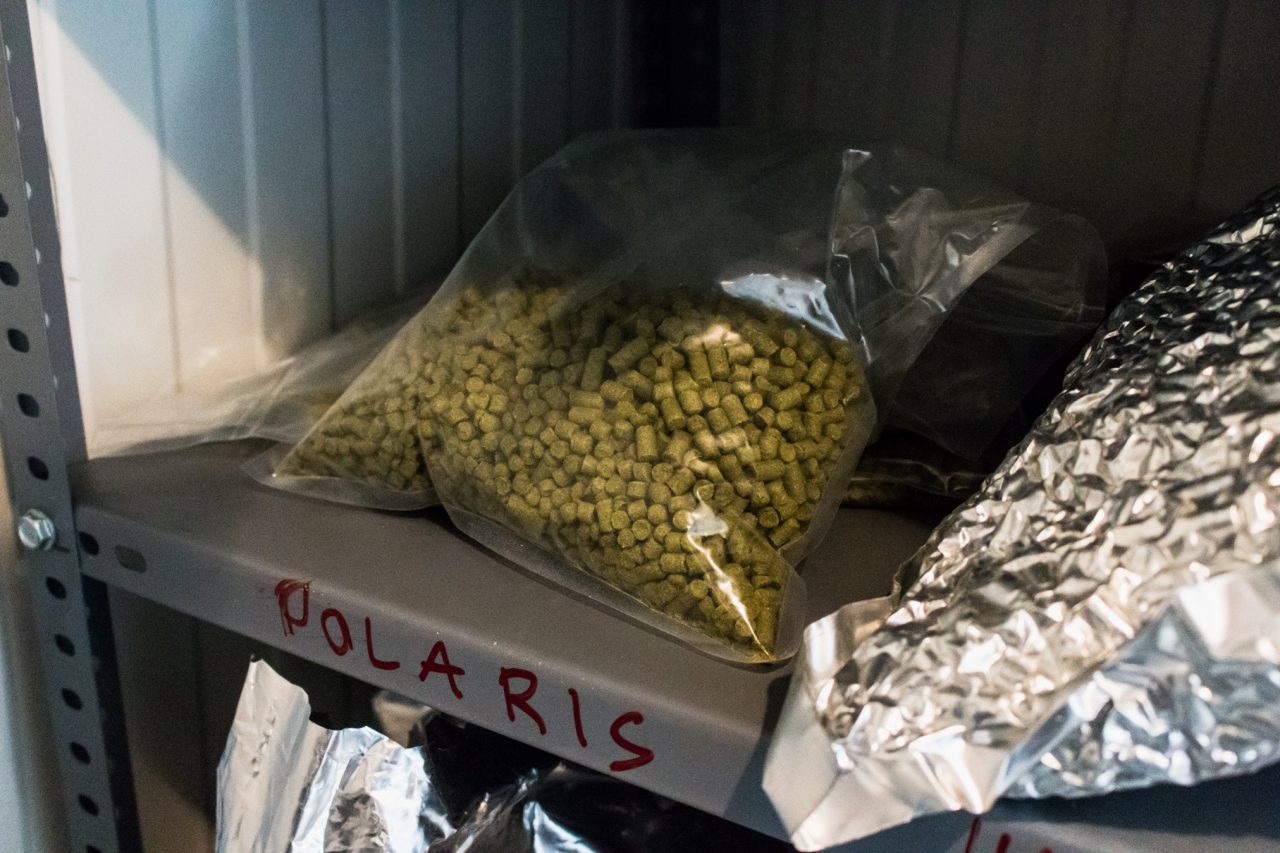 Not only does this hop boast perhaps the highest levels of alpha acids and aromatic oils of any hop that exists, but it also delivers an incredibly unique combination of aromas and flavors, ranging from herbs to spice to pine to tropical fruit, all of which give Stalker a layer of depth often lacking in more straightforward approaches.

Of course, no double IPA can be only about the hops, so Stalker also gets a robust grain bill, offering complexity of its own – a combination of pilsner and pale ale malts accentuated with a blend of several caramel malts. This is what gives the beer its sunset orange color and along with the hops creates the beer’s unique finish – a semi-dry, slightly toasty finish washed over with waves of pineapple, orange rind, spice, and bracing bitterness. It’s a finish we’ve grown quite fond of, and we hope you’ll invite the Stalker around now and again for a sipping session as well! In the meantime, cheers and ziveli!